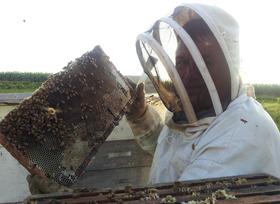 Kirby is the youngest of 5 children( 3 boys and 2 girls). Kirby enjoys the outdoors but equally likes working with the honey bees during a honey flow. Kirby likes to stay busy in the bee yard during the week but looks forward to enjoying the weekend trout fishing, shooting bow, and having family time. Kirby is in charge of Hive Health, Growth, and Honey Harvest. He also like to test out new practices on select colonies. 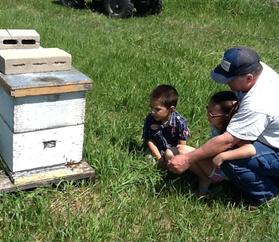 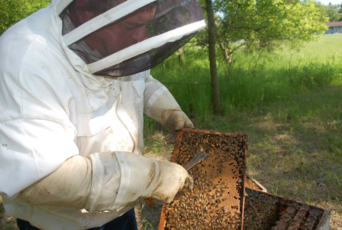 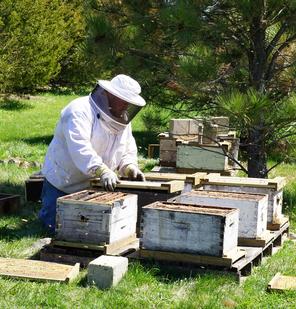 Launie was only 10 years old when he wanted to become a keeper of bees. His father(Ted Sorensen) purchased his first hive and the interest grew from there. Launie continued to build and expand his colony size to 550 hives in the early 1990's under the business L&S Apiaries. As the years passed and available time became hard to come by, Launie turned his focus on other activities. A few years passed and the fire was reignited when he captured a rogue swarm. This interest had sparked the interest for Dan and Kirby and from there Sorensen Honey Farm was established.

Launie works at Owatonna Public Utilities during the week and tends to the bees on his off time. He enjoys watching the bees work and educating his grandchildren about the necessity of the Honey Bee. Launie is in charge of Public Relations and Sales. You will definitely see him down at the farmers market or stocking the local grocery store shelves.

Sorensen Honey Farm originated from L&S Apiaries keeping more than 500 hives in the 1980's. Our roots started when a 10 year old (Launie Sorensen) wanted to be a beekeeper when a local beekeeper brought an observation hive to a local school. His passion has been passed on to his sons (Daniel & Kirby) and continue to pass on the knowledge about the importance of bees to humanity.